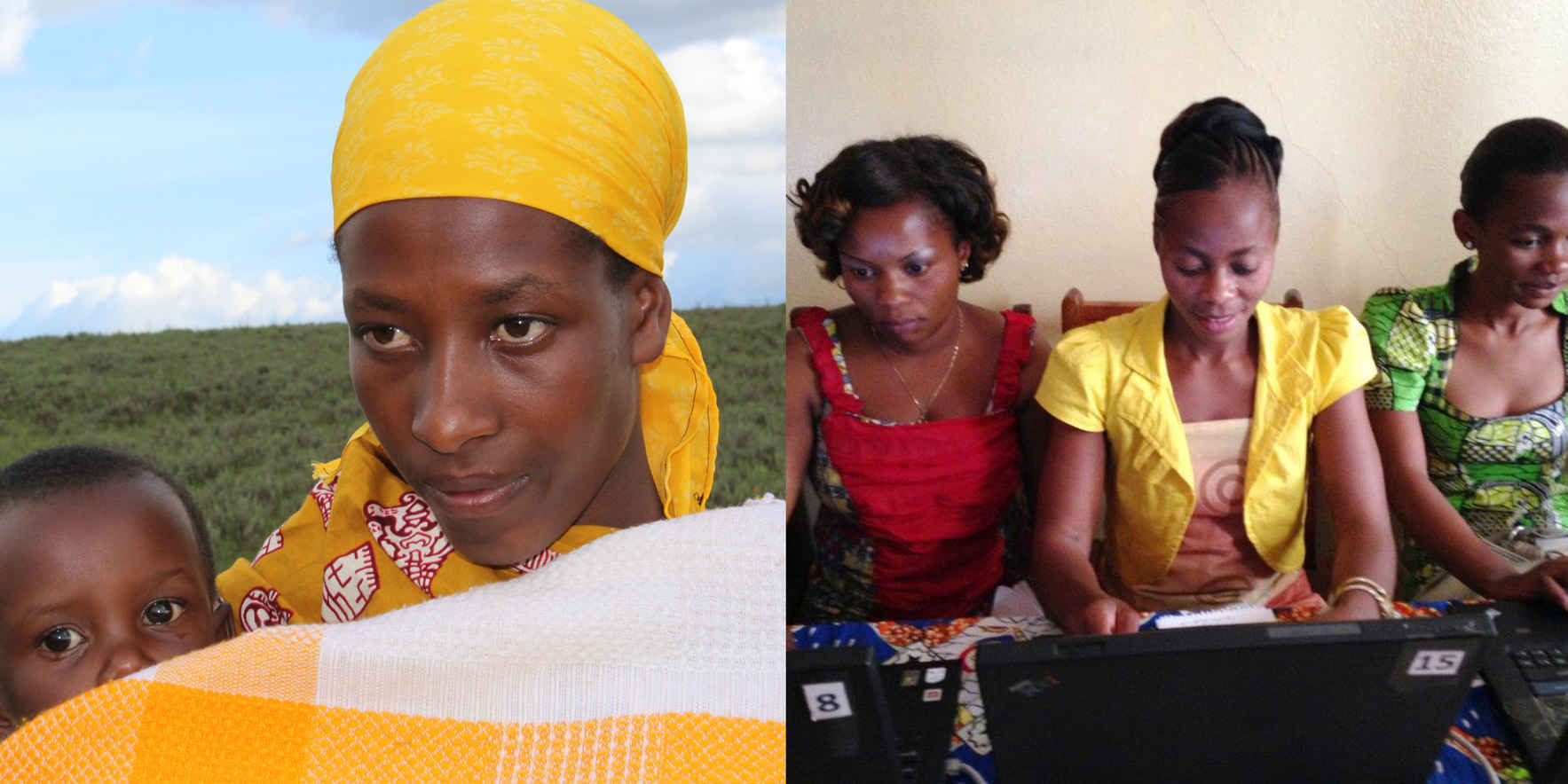 How are we changing the paradigm?

The work that YOU and Neema have enabled in East Congo is not only changing the lives of individual girls. It's changing the way everyone there thinks about a woman's potential. Women see it in themselves. Girls see the possibilities. Men look forward to it for their daughters. And boys are now being raised in a more gender-equal environment.

Neema Namadamu comes from East Congo, where women have long been viewed as "less than" – less capable than men, less important than men. Where the dominant narrative has been that women cannot come up with meaningful solutions. There, most girls get married by the age of 15 and effectively become the property of their husbands.

Women in Neema's region see Neema's success, and they realize that another future is possible for them. And Neema's programs are helping everyone else see the possibilities too.

Here are 3 of the programs that your support has made possible (and examples of how they are shifting the paradigm!):

Let's continue this movement! Neema always says, "I'm not interested in making a little noise – I'm looking to change the paradigm!" As we join together, this change is becoming a reality.

A little more about Neema:

Neema contracted polio at the age of 2 years and then had 3 brothers born after her. Her mom was continually ridiculed for paying school fees for Neema, rather than saving the money for Neema's young brothers' education.But mom was undeterred. As a result, Neema experienced a different fate from the girls around her. Neema now sees the "curse" of her polio as a blessing in disguise; it kept her from being married off when she was a teenager. Thanks to polio, and her amazing mom, she's become the woman she is today: a leader in her region and in her country. She has worked for gender equality at a high level in the Congolese government, speaks six languages, and has been recognized internationally for her work in East Congo.